How a reporter from New Zealand found his voice in America

WMFE public radio host and reporter Matthew Peddie was raised in New Zealand. His first visit to the United States was in the early 2000s, when his girlfriend guided him through the country as a tourist. Peddie loved how Americans were so generous, compared with people back home. 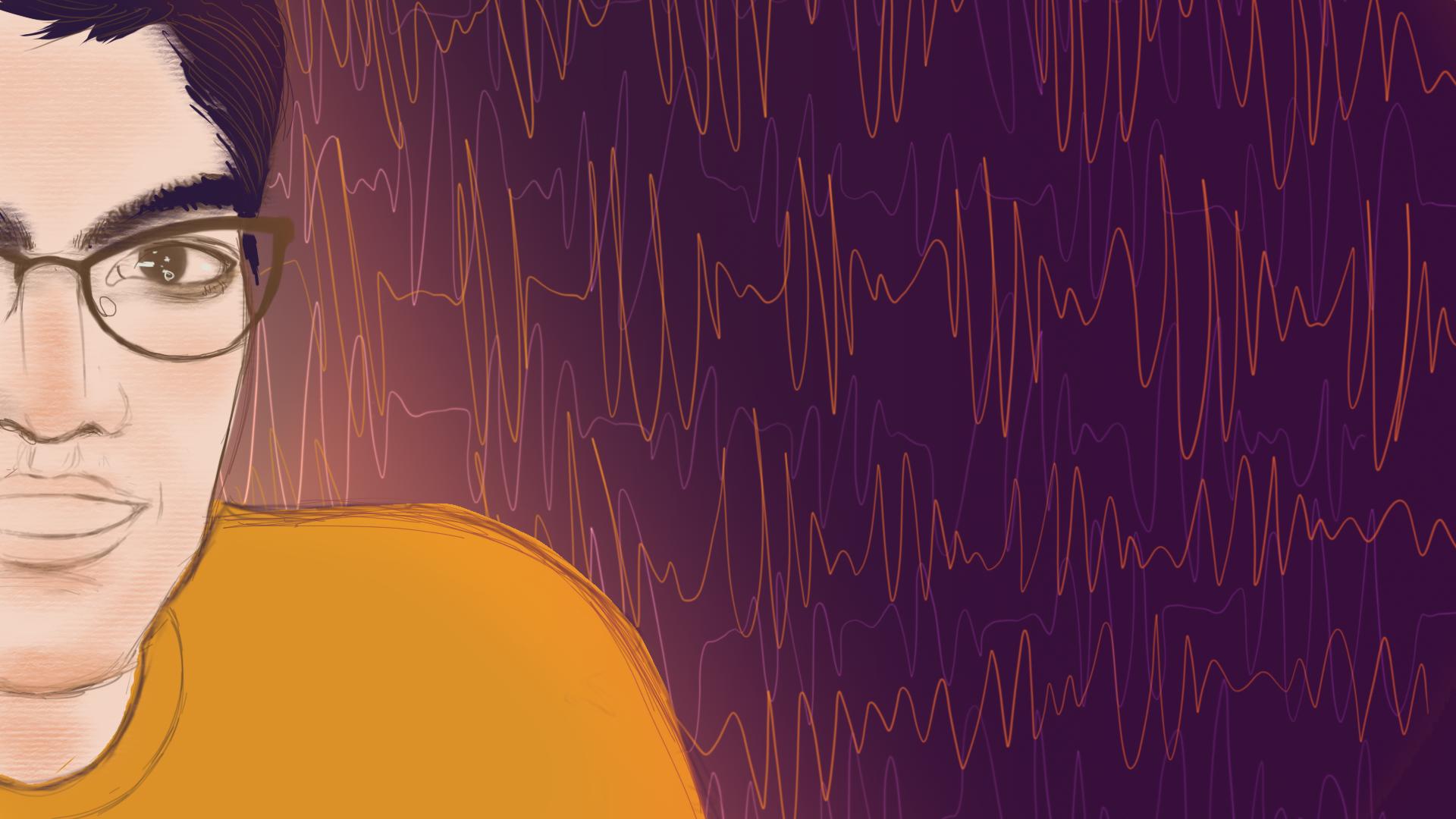 Matthew Peddie can vividly recall the first time he visited the U.S. in the early 2000s. The New Zealander was about 26 years old. He remembers the smell when walking through Grand Central Terminal in New York City: diesel from the trains, sweat from the crowd, foods from various vendors.

Peddie came to visit his American girlfriend, now wife, Leila Chacko, who guided him through New York and Washington, D.C., for a couple weeks.

“It was kind of eye-opening,” he said. “Never been in the U.S. before, and it was amazing.”

At that point, Peddie had only been exposed to American culture through TV shows, like “MacGyver,” “CHiPs” and “21 Jump Street.” During his personal introduction to the U.S., he saw the Statue of Liberty, the country’s capital and the Smithsonian National Air and Space Museum.

“It was definitely interesting and slightly unreal,” he said.

Seeing all of this up close, versus just seeing it on television, was special for him.

Peddie said he was also impressed by the people. He said Americans are some of the most generous people he’s ever met.

“New Zealanders tend to be quite reserved. There’s something refreshing about the fact that Americans, in general, are kinda pretty outspoken about things,” he said. “And I appreciate that because it’s different from where I grew up.”

Peddie began his career as a journalist in 2006. He was a general assignment reporter for Radio New Zealand, and he covered events ranging from rugby to a major earthquake.

Peddie was out reporting in the field, and he didn’t anchor any shows until he came to America.

He didn’t plan to live in the U.S. but he has lived in the country for the last eight years. He now hosts his own show called “Intersection” and he reports for WMFE, the NPR station in Orlando.

On his show, Peddie enjoys interviewing public figures, as well as regular people who don’t necessarily make it into mainstream media.

“They may not have a very high profile, but they have an interesting story to tell. I get to share that story with the world,” he said. “I enjoy that aspect of the job.”

When Peddie first came to Florida it was difficult for him to adapt to the lifestyle, like needing a car to get around town. But his job helped him adjust and get to know Orlando.

“I think the job helps…because I kinda get to delve into unique aspects of the community that if  I was working anywhere else, I wouldn’t have that opportunity,” he said. “It’s taken me a little while to find my feet in Orlando, but I do now feel that I am a part of this community.”

He said his position at WMFE gives him the opportunity to make a difference.

Peddie believes that a reporter can have a powerful impact on his community, like covering the homeless population in Central Florida.

He said interviewing homeless folks in the area can help bring the issue to light, and that these stories can persuade members of the public to get involved.

Peddie wants to leave a legacy in the radio industry, and he wants people’s voices and stories to be heard.

“On a personal level, it would be nice to inspire some people to get into radio,” he said.

The New Zealander-turned-Floridian says that if it wasn’t for his wife Leila, showing him the distinct features of American culture, he wouldn’t be in the position of influence that he’s in today.

How a reporter from New Zealand found his voice in America 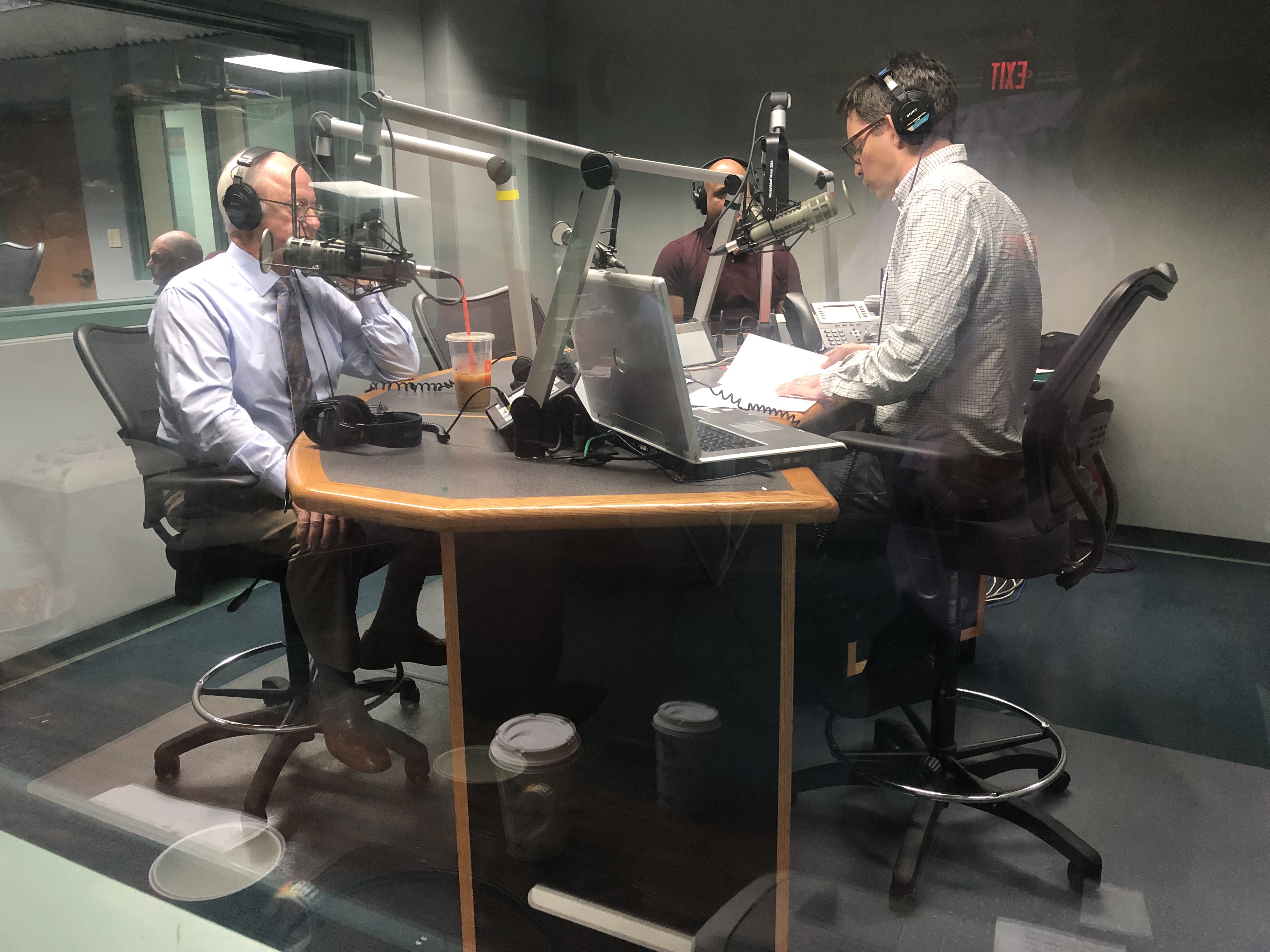 WMFE host Matthew Peddie, right, interviewing two sources during the taping of his show “Intersection” on Friday, May 3, 2019.